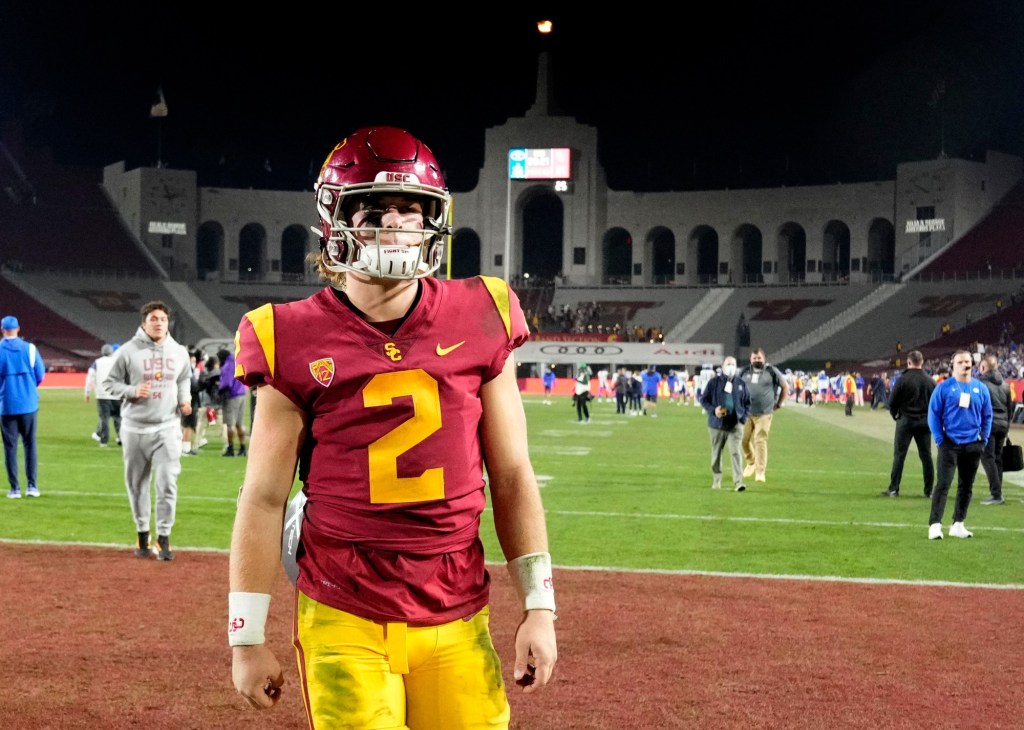 USC quarterback Jaxson Dart has entered the transfer portal, a source confirmed on Monday, the second USC QB to leave the program this off-season.

As a true freshman, Dart electrified USC when starter Kedon Slovis went down with a neck injury against Washington State in Week 3. Dart led a furious 45-0 run to spur the Trojans to the comeback, playing through a partially torn meniscus to complete 30 of 46 passes for 391 yards and four touchdowns.

He missed the next four games following surgery on the meniscus, and when he came back entered into a competition with Slovis for the starting the job. They split snaps against Arizona and Arizona State before a leg injury shut Slovis down for the season and Dart started the final three games of the year.

As a freshman, Dart completed 61.9% of his passes for 1,353 yards, nine touchdowns and five interceptions. The former Gatorade National High School Player of the Year will have three years of eligibility remaining at his new school.

With Dart in the portal and Slovis having already transferred to Pitt, it currently leaves USC with one scholarship quarterback on the roster, sophomore Miller Moss. But head coach Lincoln Riley’s former signal caller at Oklahoma, sophomore Caleb Williams, is currently in the transfer portal and could be an option for the Trojans.

The Great Resignation is spawning a talent war. Who will win it? | Unemployment News

Oil falls after US releases emergency reserves | Business and Economy