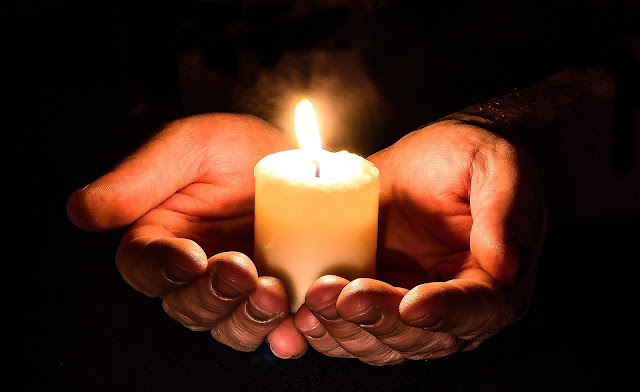 Prayer is the most potent force on earth; it brings about a romance and a sweet connection between heaven and earth. It affords us the privilege of drawing from God’s power and unlimited resources. An in-depth study on prayer in the Bible unfolds the manifestation of supernatural acts through prayer. Faith based prayer connects us to God’s power. Prayer stakes God’s glory to the object of our demand and thereby grants us an answer to our request. Today, only few believers experience the tangible power and blessings prayer affords us. We have more motivational preachers than ministers’ walking in the power of God. Most of us have the wrong approach to prayer, hence the ineffective results that we experience. “0 God, we have heard of the glorious miraclel you did in the days of long ago. Our forefathers have told us how you drove the heathen nations from this land and gave it all to us, spreading Israel from one end of the country to the other. They did not conquer by their own strength and skill, but by your mighty power and because you smiled upon them and favored them”, (Ps 44:1_3, TLB). Productive praying is dependent on our praying in our natural language under the inspiration of the Holy Ghost and praying in our supernatural language; this is praying in the Spirit. Often times, praying in tongues is called praying in the Spirit to the exclusion of praying in our learned language. Apostle Paul stated that he prayed in his supernatural tongue and in his natural language; even though he spent more time praying in tongues.

Several years back when I was in my first year as an undergraduate, I lived in the same room in the hostel with a second year student who was a wonderful Christian. He prayed a lot in his known language for about three hours or more, but was strongly averse to praying in tongue because of his denominational background. However, this brother had a very clear manifestation of open visions most time. He saw clearly into the spiritual realm.

Personally, I had an early background in the tarrying group, this prolonged the time I spoke in tongue. Thank God, I have a better understanding of the issue now. As an undergraduate when I went to pray around the Campus Chapel area, I prayed in English for three hours or more. I was yet to speak in tongue then.

Based on my understanding then, I was critical of those who prayed more in tongue within the Chapel vicinity. Moreover, I remembered vividly my Campus fellowship Prayer Coordinator did pray for about three hours in English and less than ten minutes in tongue in the room we shared together.

When I was filled with the Holy Ghost, I flowed in the depth of the richness of Holy Ghost prayer language. I prayed with diverse kind of tongues and had prayed in several languages till date. I believe in the dominion of believers and the on-going spiritual warfare. The era I got born-again, there was evident power manifestation of the Church. Ordinary believers wrought exploits in the Kingdom; satanic powers were subdued under the authority of Christ name and God’s immutable Word. I pondered and asked questions based on the kind of prayer pattern and trend I observed in some Churches in Nigeria presently. After all, if you were a spiritual captive at a particular time, after your deliverance you ought to maintain and walk in your dominion in Christ. You must not live with a wrong mindset of a satanic agent being able to bring you under captivity again.

POWER THROUGH RELATIONSHIP BASED PRAYING.

John Knox with a limited revelation in prayer,’ prayed with so much power and potency almost 500 years ago. He prayed till Queen Mary of Scotland confessed that she feared his prayers more than the whole armies of England. Father Nash, Abel Clary and Charles G. Finney, E.M. Bounds, George Muller, John (Praying) Hyde and many more were great men of prayer. Apostle Joseph Ayodele Babalola a great general of faith in the Nigeria Church within 1930’s to 1959.A contemporary of Smith Wigglesworth had such remarkable prayer life. This accounts for the unusual signs and wonders in his ministry. During one of Apostle Joseph Ayodele liabalola prayer time on top of a rock when he was deep in his prayers, a snake crawled over him but he continued in his prayers without being distracted by it. After he was eventually through with his personal prayers. he saw the snake electrocuted to death by the current of the Holy Ghost from his body. The common feature with all these great men or women of prayer was that they prayed with spiritual fervor for divine intervention and salvation of souls.

I read an account of a young lady that died at the age of twenty-two. Her name was Helen Ewing, a student of Glasgow University. This lady was a great intercessor and soul winner. Due to the depth of her prayer life, she carried such a holy aura around herself. Anytime she approached towards where other students were, impulsively they would stop all forms of vulgar language and when she passed. she always left a fragrance of Christ behind. Even when other believers held prayer meetings, her presence was noticed and marked with an awesome presence once she entered the venue. After her death, the cemetery attendant that dug her grave testified that he experienced an unusual aura around her corpse. Years after her death, some student stumbled into her picture and impulsively fell on their knees and prayed.

POWERLESS PRAYING AMONG MANY CONTEMPORARY CHRISTIANS.

There is loss of power m most Christian gatherings or lives, which accounts for why fake miracles and unverified signs and wonders are making headline news. Many in the body of Christ have failed in their private prayer closets. We have all forms of formula and vocabulary for praying, but we do not pray and when we do we go about it the wrong way. The situation is comparable to the children of Israel. who wondered what went wrong • with all the testimonies their parents told them about God’s acts during the days of their progenitors. Today we need men and women who will rise and pray. The archenemy, Satan has encroached into our physical and spiritual boundaries. We need to reclaim every stolen blessing and boundaries. We need the right approach in prayer. We need to learn and relearn the right way to pray and unlearn emotional, uninformed and “witchcraft” patterned praying common to many. Prayer is a potent force. God needs our prayers as a vehicle to move and execute his glory.

Why do I get ear ache when I chew anything? DR MARTIN SCURR answers your health questions

GPs will be paid bonus £11.50 for each obese patient they refer for weight management help

Saliba breaks silence after leaving Arsenal on loan to Marseille

ALEX BRUMMER: US hurdle to G7 targets on tax and climate change

Clippers take a step forward, now what will future hold?

Roger Federer sings the praises of Ons Jabeur at Wimbledon

Euro 2020: Holland boss Frank de Boer has a huge call to make over who should partner Memphis Depay