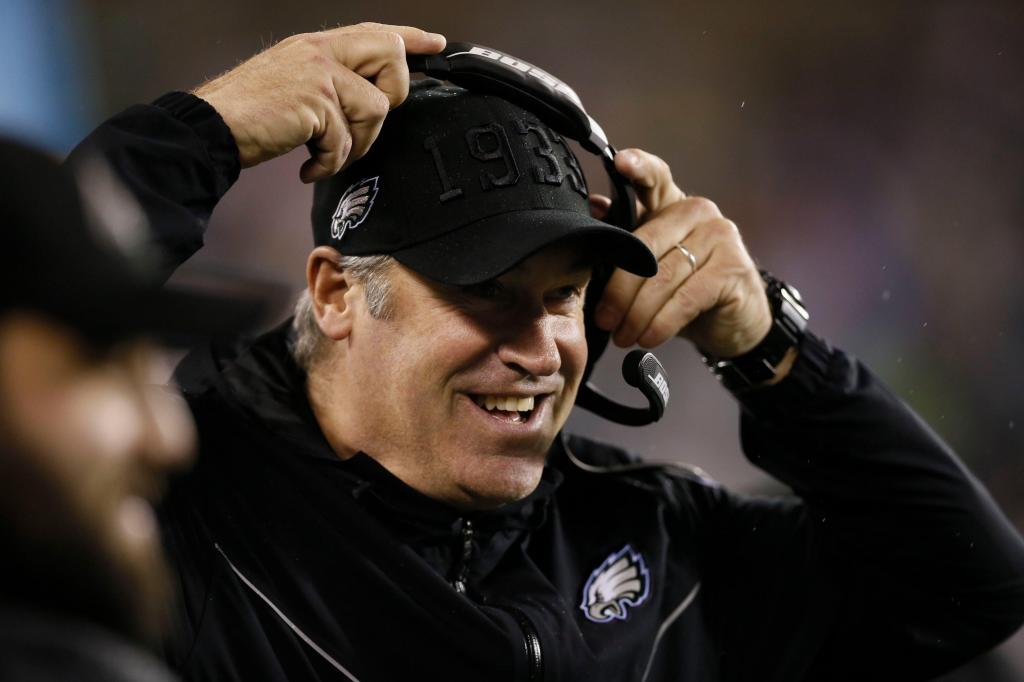 Every head coach Steve Ross has hired has been a first-timer.

The Miami Dolphins were Joe Philbin, Adam Gase, and Brian Flores’ first head coaching job, and that was intentional because Ross, a real estate mogul who became the majority owner of the Dolphins in 2009, believes in hiring leaders who are young, hungry, and innovative.

But it’s possible that hiring someone with experience under his belt — a coach who has succeeded and failed somewhere else, potentially building a wealth of knowledge, experience and connections — could have helped this franchise get off the mediocrity merry-go-round it has been riding for two decades.

It will be interesting to see the approach Ross and the Dolphins’ hiring committee take with this latest coaching search. Here some names that deserve serious consideration when it comes to replacing Flores as the Dolphins’ next head coach.

Doug Pederson — Pederson, a former NFL quarterback, spent four seasons in Miami as Dan Marino’s backup before working his way up the coaching ranks. He owns a 42-37-1 record in five seasons as the Eagles coach, and led Philadelphia to a Super Bowl win. This soon-to-be 54-year-old sat out this season after being fired by the Eagles, but seems ready to get back into the mix if the right situation, and quarterback comes along.

Dan Quinn — Quinn managed a 43-42 record as the Falcons head coach before being fired in 2000 because of an 0-5 start. This season he joined Dallas and helped the Cowboys develop an aggressive defense that matched their explosive offense. The 51-year-old will be one of the hottest names during this round of head coach hiring’s. Dallas’ playoff run could complicate things for teams that are interested.

Brian Daboll — He was the Dolphins offensive coordinator in 2011, therefore he knows South Florida and this organization. He has also served as Tua Tagovailoa’s play-caller and quarterback coach during Alabama’s national championship run in 2017. He’s responsible for Buffalo Bills quarterback Josh Allen’s ascension into elite status, so maybe he can do it again with Tagovailoa. But some say his personality is a turnoff, and is the reason he hasn’t gotten a chance to become head coach yet.

Eric Bieniemy — Bieniemy’s name gets circulated for jobs every offseason, but the Chiefs offensive coordinator hasn’t impressed a selection committee enough to land him a head coaching job. Part of the issue is the fact that Chiefs coach Andy Reid calls the plays in Kansas City, but there are apparently also concerns about his personality and whether the 52-year-old would be able to lead an organization.

Kellen Moore — Moore, a former Boise State quarterback who worked his way up the Cowboys organization after his playing career concluded, is fresh face newcomer in the neighborhood of head coaching job searches. He has helped Dallas’ offense become one of the NFL’s best during quarterback Dak Prescott’s return, and that might get him a head coaching job this cycle. But does the 33-year-old have the connections and cache to hire a good staff of assistants, which is usually the biggest challenge that comes with being a first-time head coach?

Jim Harbaugh — Harbaugh already serves as the head coach for one of Ross’ favorite teams, the University of Michigan, which is why Ross has vowed that if Harbaugh leaves Ann Arbor for the NFL it won’t be for the Dolphins. Harbaugh owns a 44-19-1 record as the 49ers head coach, and took them to the postseason three times, including a trip to the Super Bowl. But the 58-year-old’s struggles at Michigan before this season, and what some might call a quirky personality, indicate that he should no longer be viewed as a homerun selection for any franchise.

Mike Zimmer — Zimmer had a respectable eight-year run as the Vikings coach, producing a 72-56-1 record, which included three trips to the postseason. This 65-year-old’s biggest accomplishment in the NFL is that he’s only had three losing seasons, the last of which cost him his job on Monday. He’s the type of coach who comes with an already assembled staff of assistants.

Jim Caldwell — Caldwell held the assistant head coach title in Miami for a couple months in 2019, working under Flores, before abruptly retiring because of medical issues. But there are rumblings that the former Colts and Lions coach, who owns a 62-50 record in seven seasons, wants to get back into coaching. His body of work is quite impressive, but does he have the drive and energy needed to build a winning program?

Todd Bowles — The Dolphins have history with Tampa Bay’s defensive coordinator from the four seasons he served as the team’s assistant head coach, and the three games he filled in as the interim head coach in 2011, posting a 2-1 record. The 58-year-old led the Jets to a 24-40 record in four seasons as their coach, but has redeemed himself in Tampa as the play-caller for one of the NFL’s best defenses. But would he want to work for the Dolphins organization again?

Jack Del Rio — De Rio, who turns 59 in April, has been an accomplished player and coach at every stop. He owns a 93-94 record as a coach in 12 seasons as the leader in Jacksonville and Oakland, and is now serving as the defensive coordinator in Washington. His relationship with former Raiders general manager Reggie McKenzie, who is the Dolphins senior personnel executive, could be the foot in the door he needs to land an interview.

Marvin Lewis — Lewis doesn’t get the respect he deserves for what he accomplished in Cincinnati, and for his coaching tree, which rivals Bill Belichick’s because it has produced four head coaches. Lewis, 63, has a 131-122-3 record from his 16 seasons as a coach, but hasn’t received serious interviews for three years. It’s possible his 0-7 postseason record has something to do with that.

You can do better than the Apple Watch Series 3 in 2021, even if you want to save money

The Benefits of Grapefruits

Travis Head pulls reeling Aussies’ bacon out of the fire