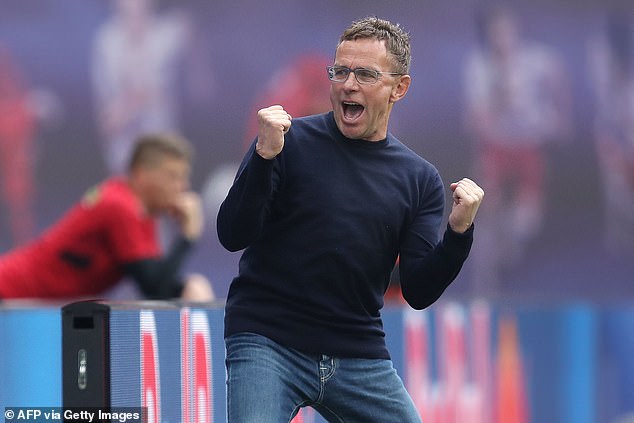 The Red Devils parted ways with Ole Gunnar Solskjaer on Sunday following their 4-1 hammering by Watford, with the club languishing in eighth position in the league table.

United have conducted a search for a new interim boss to take the reins until the end of the season, with Rangnick among a shortlist of candidates including Rudi Garcia, Lucien Favre, Paulo Fonseca and Ernesto Valverde.

And The Athletic reports that an agreement has been reached with Rangnick, which will see him leave his position as head of sports and development at Lokomotiv Moscow to take up the role.

The Russian club still have to agree to release Rangnick from his contract, although United are understood to not view this as an obstacle to the 63-year-old taking the helm.

Regarded as the ‘Godfather of German football’, Rangnick’s modern coaching has revolutionised the game in his homeland. The same outlet reports that he will take up a two-year consultancy role once his six-month stint in charge comes to an end.

The Manchester Evening News report that Rangnick flew into Manchester at the start of the week to hold talks with the club. He reportedly rejected an initial offer to take charge, but has since accepted new terms.

Rangnick will not be in charge for Saturday’s trip to Chelsea due to work permit reasons. The 63-year-old has previously managed Hannover, Schalke, Hoffenheim and RB Leipzig.

He has more recently taken up roles as director of football at Red Bull Salzburg and RB Leipzig before moving to Russia. He also had a stint as Leipzig boss.

It remains to be seen whether Rangnick opts to keep hold of Solskjaer’s backroom staff who did not leave with the Norwegian over the weekend.

Kieran McKenna, Mike Phelan and Michael Carrick are still at Old Trafford – with the latter overseeing United’s 2-0 win over Villarreal in midweek.

United have opted to appoint an interim boss after acknowledging that landing their prime target – Mauricio Pochettino – is too difficult at this stage.

United have struck terms with Rangnick, who will take a consultancy role after his stint ends

It remains to be seen whether Rangnick (left) keeps hold of Solskjaer’s old staff, including Michael Carrick (right)

Although PSG on Wednesday denied that an official approach for Pochettino has been rejected, Sportsmail understands United had tried to discreetly ascertain through a third party whether a move to install the former Tottenham boss as permanent manager as soon as possible would be a realistic option.

However, PSG are reluctant to let the Argentine depart mid-season and disrupt their campaign, although he is expected to re-emerge as a leading candidate for the United job in the summer, once Rangnick’s term ends.

Will the AUKUS pact undermine NATO?