Jarigbe was awarded alongside others during the award dinner to mark Correct FM’s 3 years of uninterrupted broadcasting in Cross River State.

The award was received by Barr. Paul Ishabor on behalf of the lawmaker last Saturday in Calabar. 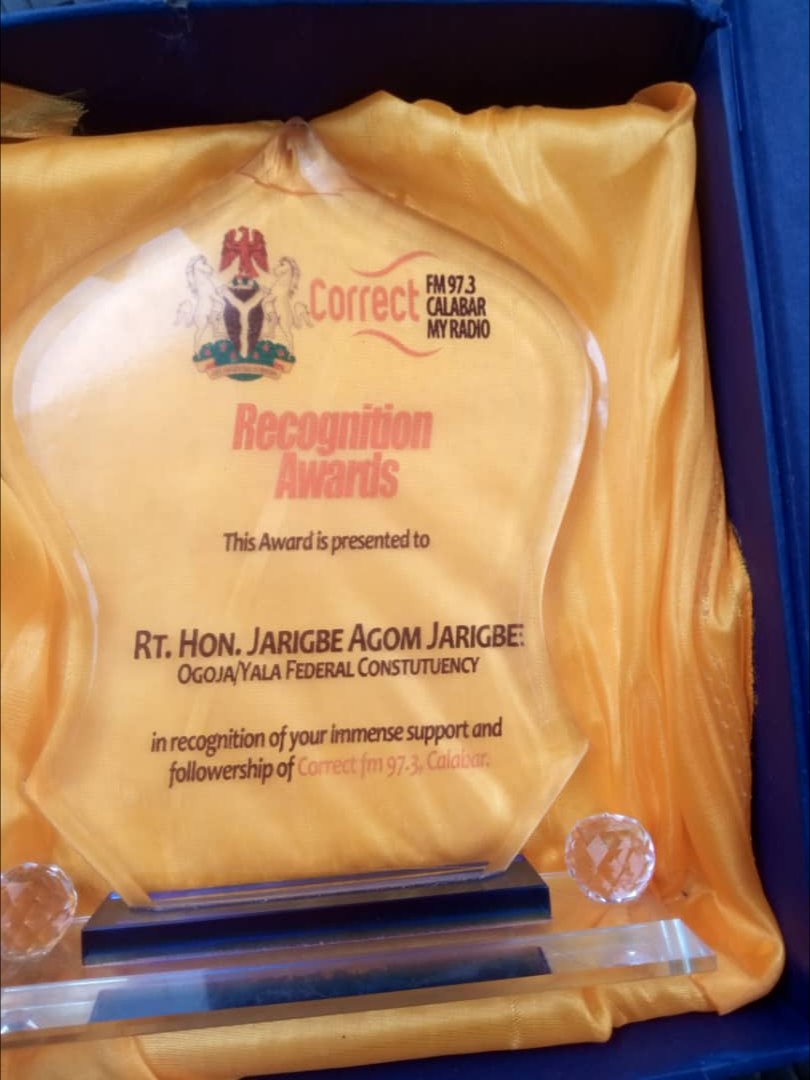 According to the management, the award was in “recognition of your immense support and followership of Correct FM 97.3 Calabar”.

Ishabor, on behalf of Jarigbe, thanked the management of Correct FM for choosing him amongst others and honouring him with such a recognition award.

READ ALSO: How Ayade’s SA on Cocoa was arrested by the Police in Calabar

He is the only Federal House of Representatives in Nigeria to be recognised with such an award.

Other notable awardees are Ogbeche Motors who bagged home the “Correct Man of the Year” award, fans and well-wishers.

Correct FM is a Pidgin English only radio station and one of the best in Nigeria. Three years after the birth of Correct FM Calabar, the Radio Station has extended its tentacles to Enugu, Kano, Lagos, Kaduna and now, Ibadan.

Elizabeth Solaru to attend a 2018 GTBank Food and Drink Fair

Champions League: UEFA announces winner of Goal of the Season

Covid UK: Government plan could mean we wear masks and socially distance for next FIVE winters

So just how long will your jab protect you from Covid?

DR ELLIE CANNON: Will I have itchy red spots on my feet for the rest of my life?

NHS to give artificial pancreas to 1,000 diabetics to test if it prevents life-threatening attacks

UK’s daily Covid cases spike 70% in a week to 27,125 as deaths and hospital admissions tick upwards