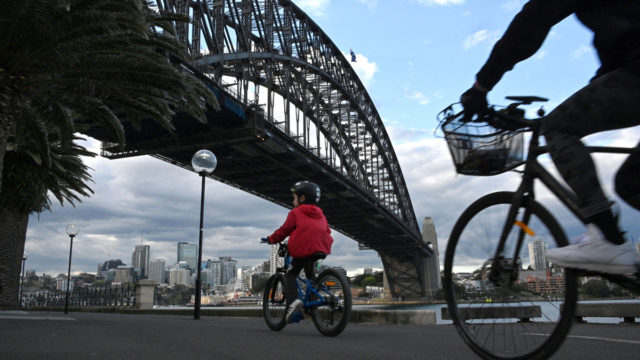 NSW’s daily tally of local cases have dropped below 600 for the first time in weeks, while the death toll from its Delta outbreak has edged closer to 400.

NSW Health confirmed 594 infections across the state on Wednesday – the lowest 24-hour caseload since mid-August.

There were also another 10 deaths, taking fatalities since mid-June to 395. They were aged from their 40s to their 90s, and came from south-western and western Sydney, Wollongong and the Edward River region.

Across NSW, 88.6 per cent of people aged 16 and over have received a first dose of COVID-19 vaccine, and 67.7 per cent were fully vaccinated by midnight Monday. The state is widely expected to hit 70 per cent fully vaccinated some time on Wednesday – setting it on target to begin reopening next Monday.

October half-term holidays: Swim with whales, canoe in a volcano or just hit the beach in Barbados

Story Telling Hour: Winners Of Competitors Given Landed Property As Reward In Ogun

COVID-19 US: Epsilon variant contains mutation that could allow it to bypass vaccine immunity

Roger Federer sings the praises of Ons Jabeur at Wimbledon

Bjorn Borg’s son Leo,18, makes a winning start to his career at Wimbledon