As the country prepares for the 2021 National Table Tennis Federal, NTTF National Championship in Lagos this May, the Chairman of the Canaan Table Tennis Club Ltd., Calabar, Rt. Hon. Orok Duke has said the club will bring more honour to Cross River State as it has done many years ago.

Duke who is certain of the team comprising of Cadets, Junior, Senior players (male and female) bringing home more trophies, said that he is building the future of Nigerian athletes just as he has done for years.

In a statement signed by him on Sunday (May 9, 2021) with the title “Canaan Table Tennis Club Ltd of Calabar: We have moved”, Duke narrated the journey of the Table Tennis club from when it was formed to how many national figures it has moulded.

He said: “I had adopted Table Tennis in 1987, after the creation of Akwa Ibom state and the reality that the 2-State Trained Coaches; Ini Jonah and Benjamin Ekaluo and the no. 1 player, Edem Selong had all relocated to the newly created Akwa Ibom State. As the most senior player, I and (now) Coach Richard George Edem, decided to take over the reins of Cross River State table tennis and consolidate the game.

“We created a brand and over the last 30 years, with the tacit support of the last two preceding Cross River State governors and Governor Ben Ayade, Table Tennis has turned out to be number one Sport in setting the pace and hauling medals for Cross River State, amongst over 34 other Sports.

“Over the years, Canaan Table Tennis Club Ltd, with me, as the Chairman, has become an incubator for 4 generations of players (both boys and girls). We now have Canaan Kings and Queens and now boasts of having the First Four Female Players in Nigeria, viz; Offiong Edem, Funke Oshonaike, Cecilia Otu and Janet Effiom.

“However, Offiong Edem is in Spain; Funke Oshonaike in Germany; Cecilia Otu, in Italy and Janet Effiom, in Portugal. All availing themselves of more modern techniques and equipment in these various countries, to hone and maximise their skills and talents for the Club and State.

Despite his efforts to bring glory to Cross River State and Nigeria/Africa, Duke said he has faced challenges with the team and the recent was at the just concluded 2020 National Sports Festival in Edo State.

He said: “The National Sports Festival ‘Edo 2020’ came and without any recourse to the Club, the Cross River State Female Table Tennis Team was dropped from the Cross River State Contingent (for reasons unknown to the Team). But I had to intervene. I secured hotel accommodation in Benin (out of the Games Village), hired a Sienna Bus for the team and paid up all their feeding and upkeep allowances; and procured the requisite bats and balls for them. With the prodding of the Cross River State Deputy Governor, Prof. Ivara Esu, the Cross River State Director of Sports and the Chairman CRSSC; we were able to secure the needed clearance and accreditation for the female team.

“We had our image and integrity to protect and project. It is heartwarming that, without our key female players (on National duties), the next generation of Canaan Queens; Vivian Oku, Idorenyin Udoaka and Ofonime Ebong led by Coach Fidelis Ititim, came third, out of 36 States (Bronze medals)”.

Duke said on various occasion, he had single-handedly sponsored his team to various competitions including the just concluded Aso Table Tennis Championships.

“Fast forward to the Aso Table Tennis Championships that ended on 8/5/2021, I sponsored a team made up of Mini Cadets, Cadets, Junior Players and senior players all in the male and female categories. It is not the millions of naira expended to shore up our record, image, reputation and integrity that we are only concerned about, but the fulfilment of the hopes and dreams of these remaining three generations of youthful players, but also, to compensate and justify their efforts over the months and years.

“Idorenyin was crowned the National Cadet Champion and Vivian Oku, though a junior player, won a Bronze medal in the Senior Women Category (No.3 National Player). They also stand to join the other Olympic bound athletes in the training camp”. 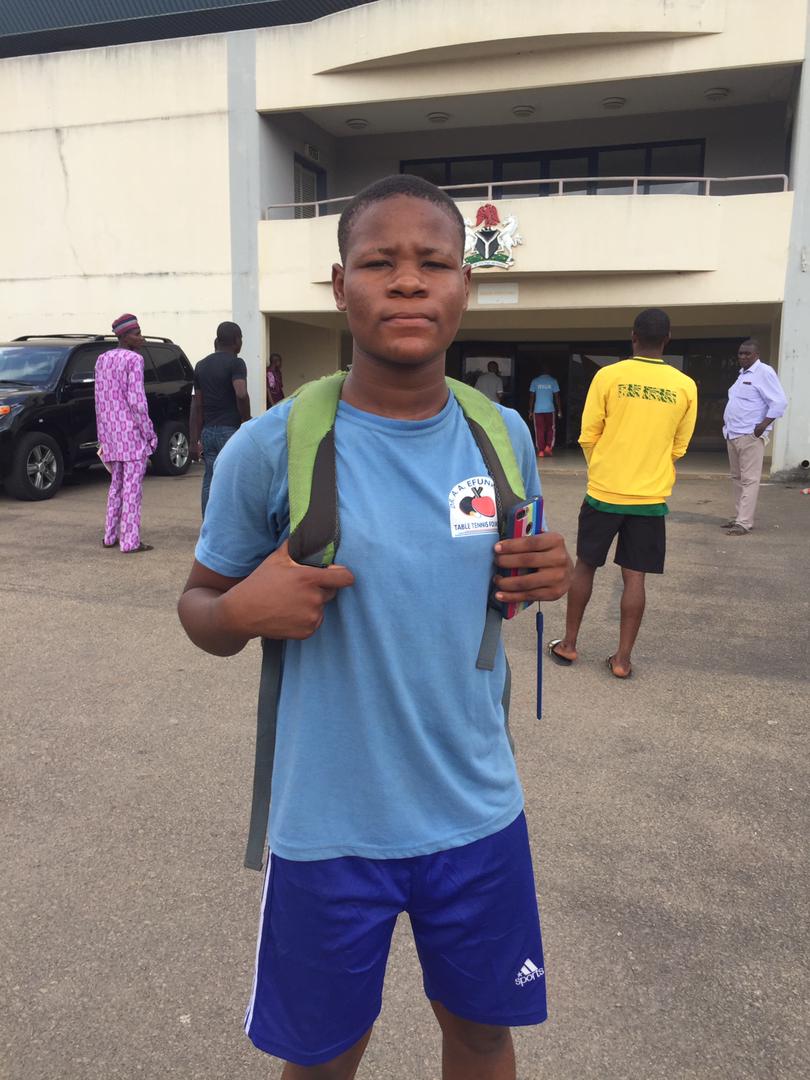 With all his efforts, Duke feels his effort is not being recognised by those at the apex who are supposed to make things work. He said he is sourcing for three million naira (N3,000,000) for the club to participate in the 2021 NTTF National Championships.

“As the Cross River State Table Tennis team returns to Calabar on 9/5/2021, we intend to source for the 3 million naira required for Canaan Table Tennis Club of Calabar to participate in The 2021 NTTF National Championships, from 16th to 22 May 2021 in Lagos.

“The Team is expected to comprise of; Cadets, Junior, Senior players (male and female).

“When I was awarded the title of ‘Cross River State Sports Ambassador’, several years ago, and I accepted, it was meant to spur me to do much more, within my powers and capacity for the continuous support and upliftment of Sports, within and outside the state. And as the Chairman of South-South Table Tennis and a life member of Nigeria Table Tennis Federation, I will always strive to uphold and fulfil the mandate, Ceteris Paribus.

“Those who love us, should come over to Macedonia and help us.

“See you all in Lagos, from 16/5…as we battle to bring home more Laurels/Trophies to the Glory and Honour of Cross River State and Nigeria.

“Not by power nor by might but by the Spirit of the Living God anything is possible – bigger than we used to be – we have moved, I say we have moved. We have really moved”, Duke maintained.

5 Dating Apps That Provide a Great Experience at No Cost

There will be no peace in the South — GAFDAN vows

Being in the Friend Zone Shouldn’t Be Cause for Panic

Euro 2020: Gareth Southgate insists Jack Grealish is ‘fine’ and ‘understood’ why he took sub off

How to Deal with the Stress of Trying to Conceive