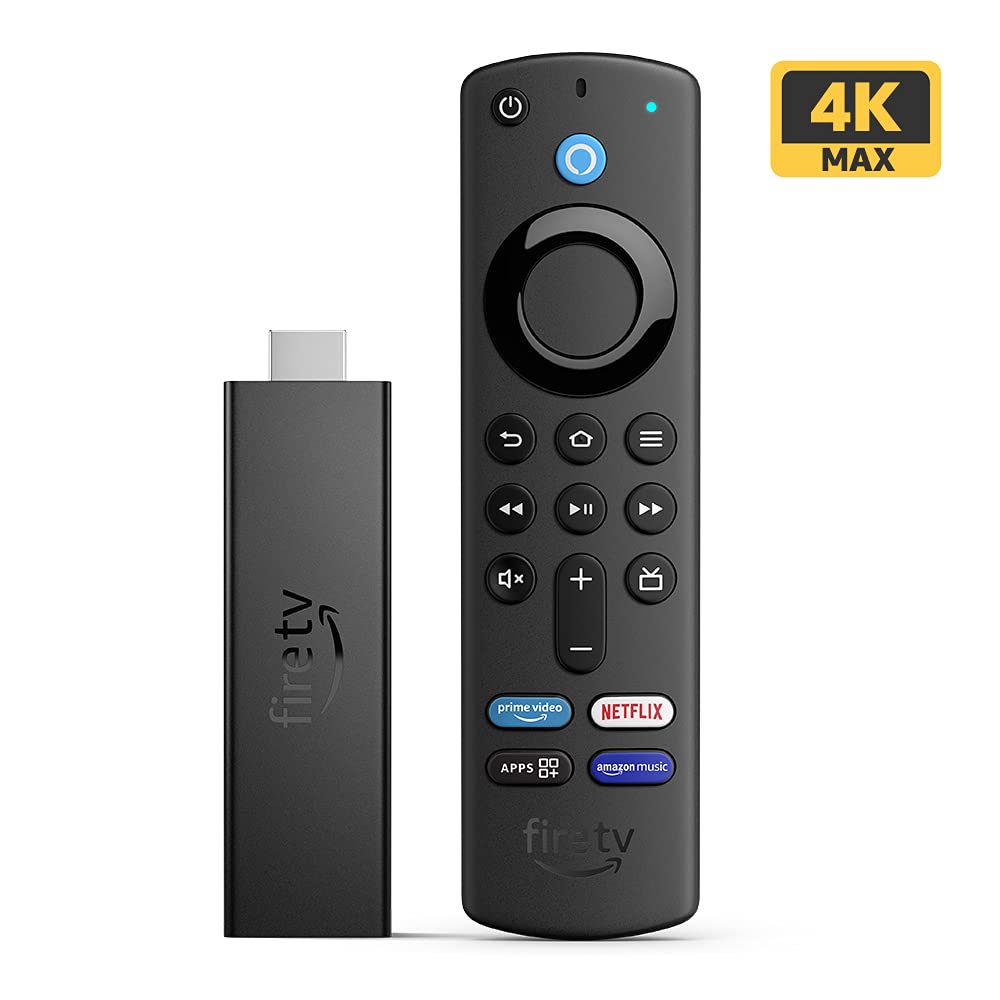 The Fire TV Stick 4K Max specifications include a new MT8696 quad-core processor clocked at 1.8GHz paired with 2GB RAM. The streaming device is said to be 40 percent more powerful than the last generation. To recall, the Fire TV Stick 4K was powered by a 1.7GHZ processor and had 1.5GB of RAM. The new Fire TV Stick 4K Max uses the new Mediatek MT7921LS chipset, bringing support for Wi-Fi 6 connectivity. Further, the new streaming stick comes with a 750MHz GPU and auto low-latency mode. Amazon says that the Wi-Fi 6 support should help deliver a smoother experience without any lag in streaming.

Moreover, the new Fire TV Stick 4K Max will support 4K UHD, HDR, and HDR10+ playback in addition to Dolby Atmos and Dolby Vision. The new streaming stick comes with the latest Alexa Voice Remote. The new Alexa Voice Remote has four preset buttons and can be used with any compatible TV and soundbar.

Commenting on the launch of Fire TV Stick 4K Max, Parag Gupta, Head, Amazon Devices India, said, “There is a significant increase in video streaming with several direct to streaming release and customers choosing at-home entertainment. Fire TV has millions of active users in India, who enjoy hours of content every day. With Fire TV Stick 4K Max, we have taken the best-selling streaming media player and made it even better with a faster experience and the latest connectivity that provides seamless streaming without slowing down your home Wi-Fi.”

The Fire TV Stick 4K Max price in India is set at Rs 6,499. The new streaming stick is available for pre-order through Amazon.in and Amazon kiosk stores in select malls across the country. The delivery for the streaming stick is scheduled to begin on October 7th.

In the Heights on HBO Max: Finally, a musical adaptation delivers on its promises

10 ways women behaves when they are not satisfied in bed

Trust Us, T-Swift’s Music Can Teach You a Lot About Love