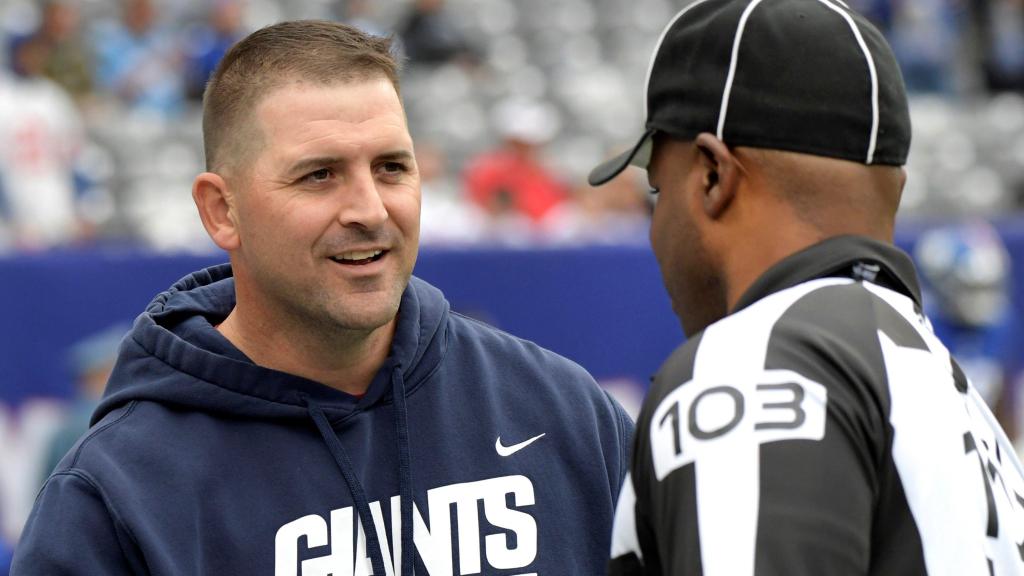 Joe Judge hosted an Irish Wake for fired Giants coaches and their families at his New Jersey house on Wednesday to say thank you and celebrate the good times at the end.

TMZ paparazzi hiding across the street captured photos of pizza and beer being delivered to Judge’s house, with the ex-Giants coach stepping outside his front door to pay up.

But Judge wasn’t wallowing by stuffing his face. He was taking care of his people to the end.

He graciously welcomed the coaches and their families to take care of the people who dedicated their last two years to both him and the Giants, moving to New Jersey from all over the country to try and make it work.

Safety Logan Ryan and his wife even stopped by.

Judge, a Nick Saban-Bill Belichick pupil, no doubt will have plenty of options on where to work next. But Wednesday was his way of trying to close this chapter by putting some smiles on the faces that helped support him.

His one regret is probably that TMZ only captured photos of Michelob Ultra and Coors Light being lugged into his home for his guests. We have it on good authority that Judge enjoyed some Guinness and Corona.

Jake Paul may be ‘on PEDs’ for Tyron Woodley fight in wild accusation by MMA coach Firas Zahabi, who has trained UFC Hall of Famer Georges St-Pierre