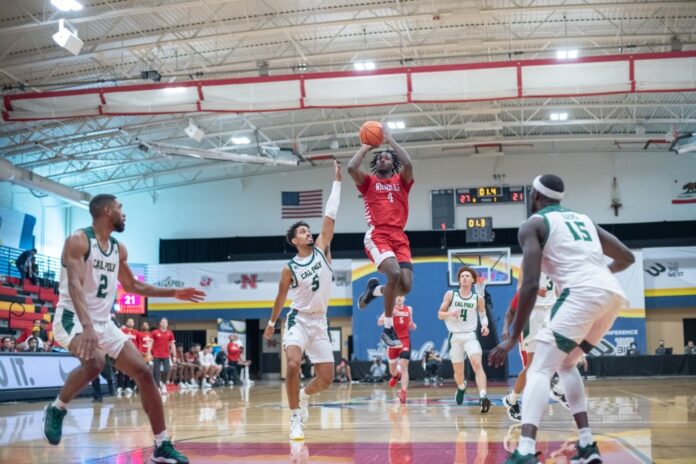 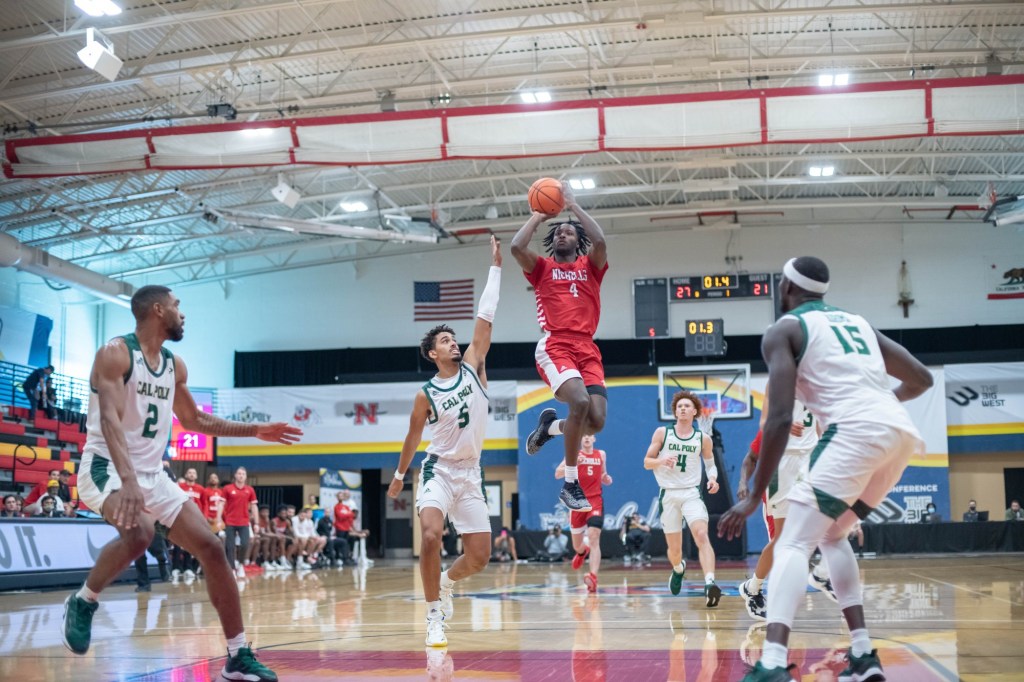 It is college basketball’s version of the silly season: November tournaments in locations here, there and everywhere. The Maui Invitational created the template, and in the ensuing years, we’ve seen tournaments established in the Bahamas, Puerto Rico, Cancún and Las Vegas, Las Vegas and Las Vegas, among other alluring destinations.

Now you can add south Orange County to that list, and there’s a good possibility that as the SoCal Challenge moves forward in years to come, San Juan Capistrano might become known nationally for more than swallows.

If you’re wondering what the SoCal Challenge is, you’re probably not alone. It’s an eight-team Division I men’s tournament, and the inaugural version began Monday afternoon with Nicholls State outlasting Cal Poly, 75-72, in overtime and Utah Valley smacking Idaho around, 83-45, in the day session. The night session featured TCU and Santa Clara, followed by Fresno State and Pepperdine.

The competitors will take Tuesday off – and given the conditions in Southern California this week, I can imagine players scheming to get to the beach after practice – and will finish up Wednesday. The day sessions are streamed by FloSports and the night games are shown on CBS Sports Network. The final games each day begin at 10 p.m. local time, the rationale being that true college hoops junkies in the Eastern and Central time zones don’t let sleep get in their way.

This production is the brainchild of Steve Barnes, who was an assistant coach and head coach on the college level for three decades, the latter at San Jose State for three years at the start of this century and at Colorado State on an interim basis in 2018. He happens to live in the area, where he was a head coach at Capistrano Valley Christian in the mid-1980s and then an assistant at Saddleback College, and he’d been part of enough of those tournaments in far-flung places to wonder why it couldn’t happen in his backyard.

“I literally was on the bike path walking to the beach from my house,” he recalled Monday. “I look up and I see the Laguna Cliffs Marriott. And I’ve been to JSerra to recruit, and knew how nice a building it was … I’m like, ‘You know what? Let me see if I can do this here?’

“This is nicer, better than anywhere. And people want to come to this area.”

So Barnes sought out JSerra head coach Keith Wilkinson, and this is another example of the way the extended college basketball family works. Wilkinson had played for Tim Floyd at USC from 2005-09 and was an assistant coach for Floyd at UTEP from 2010-14 before taking an assistant’s job at UC Riverside from 2014-18. Floyd and Larry Eustachy worked together at Idaho in the early ’90s, Eustachy eventually replaced Floyd at Iowa State in 1998, and Barnes had worked for Eustachy at Utah State, Iowa State, Southern Mississippi and Colorado State.

You never know when, where or how all of those relationships will be beneficial.

“We have a great facility, and I’m fortunate to have some good relationships because I got to work for a really good boss in Tim Floyd and make a lot of connections, Steve being one of them,” Wilkinson said.

The administrators at JSerra were supportive. And Barnes got together with Joe Lewis, whose “experiential and entertainment” production company, as self-described, has such heavyweight clients as the Academy Awards, the Grammys and the Special Olympics, as well as the Pro Bowl and the Pac-12 football championship game. Lewis’ company helped get the deal with the CBS Sports Network, which in turn lent credibility to a first-time event.

“I get on there with Joe on a conference call (with network representatives) and we might as well be speaking French,” Barnes said. “I don’t know what they’re talking about … Joe handles that. That’s his world. That’s what he does. He does the production. He knows all that stuff. And I do the basketball. And it’s a good fit.”

There might be a niche here to be filled. The SoCal Challenge joins the four-team Wooden Legacy tournament (which used to be an eight-team event played over four days), an ESPN-fueled production that will feature USC, San Diego State, Georgetown and Saint Joseph’s and will play Thursday and Friday at the Anaheim Convention Center.

Maybe there’s room for two Thanksgiving week tournaments in one county. And maybe the intimate atmosphere of what is at first glance a 2,500-seat high school gym – but one spiffy enough that some D-I teams might see it as an improvement over their own facilities – is a separator.

As Barnes noted, empty seats in a 2,500-seat facility don’t stick out as they might in a full-sized arena. And if and when the place is full, it can be electric.

Again, the Maui tournament is the template, although COVID-19 restrictions have kept that tournament on the mainland for a second straight year. Last year it was played in Asheville, N.C., and this week’s event is being played in Las Vegas because of health-related restrictions in the state of Hawaii. But under normal conditions, the game’s premier preseason tournament takes place in a 2,400-seat gym with spartan locker rooms and the Pacific Ocean close by, and not only is it an early-season battle of powers but also a celebration of the game’s roots.

That’s what they’re trying to replicate in South Orange County.  But it is a crowded field.

Just this week there are 15 exempt events in what would be considered resort locations: Four in Vegas alone, three in the Bahamas (two in Nassau and another on Paradise Island), six in Florida (two in Fort Myers), and one in Cancún (and no, it’s not named after Nick Van Exel). The competition for teams will be challenging going forward, as you might suspect.

The trick is to get the word out. Barnes talked of dropping basketballs by a gym where TCU would later practice on Saturday and encountering a group of gentlemen playing a pickup game.

“I go in there and tell them what’s going on, and they go, ‘You mean, they’re coming here to play?’” he said. “They can’t picture it because they’ve never had a sporting event in south Orange County like this.

“We’re unique. But when you’re unique and new, it’s not understood.”

What Editors Are Buying at the Lululemon Black Friday Sale

Arsenal international injury not as bad as previously feared